Like all of the best ideas, Mobility as a Service (MaaS) came about after a couple of drinks.

“I was flying home from London with work, a civil engineering company, which had just begun to invest in traffic information,” explains Sampo Hietanen. He’s one of the fathers of the concept and founder of MaaS Global, the world’s first mobility operator.

“As a civil engineer, I had a lot to do with telecoms operators. So I started to wonder; will the structures of travel change with evolving traffic data, like it did with telecoms?”

Hietanen quickly came to the conclusion that yes, it would: He adds: “Then I started thinking about myself and my family: what would someone have to promise for me to give up my car?”

The answer was Mobility as a Service (MaaS).

But what actually is MaaS?

Well, imagine that you could sell your car tomorrow and not have to worry about getting to work in the morning. Or the school run. Or any trip you might make on an average day, for that matter. Through the data you input – time, distance, urgency – a Mobility as a Service application builds the most effective and efficient journey for you.

“It’s not taking you from one A to one B, it’s taking care of all your As and Bs,” says Hietanen.

Effectively, a number of transport types and providers, be it car share, ride share, bike rental, taxi or bus, are funnelled to the user through one app, or server, depending on what they need for a given journey.

“It’s not taking you from one A to one B, it is taking care of all your As and Bs”

And the game changer? The user’s need to own a car is diminished – in theory, at least.

It’s a bold idea, and one that won’t suit everyone – even Hietanen admits this. However, as urban populations spiral and a younger generation emerges who are happy to rent rather than buy – as the sharing economy and growth of subscription services like Spotify are beginning to show – the option to buy transport as and when it’s needed is becoming an increasingly attractive option. Not only for potential users, but global investors too.

“I’ve been working on the concept of Mobility as a Service for ten years now and it has moved faster than I expected. The same applies to this operation (MaaS Global); the international willingness to move forward and retention to it has been overwhelming,” says Hietanen.

The complete dominance of the smartphone, and the evolution of big data has played a huge role in the development of MaaS. In fact, without these factors working together, there is no Mobility as a Service, according to Hietanen.

“Trying to establish MaaS a few years ago without all these means of transport and the mobile technology we now have would have been impossible,” he says.

Widespread data access is, of course, crucial to the success of MaaS. Real-time data must be accessed so a journey can be created – think Citymapper, but not just limited to public transport.

Once the user has a MaaS application on their smart device, all your transport modes can be grouped together, giving the user a choice with regard to how they move. Add to this the fact that almost two billion people worldwide own one, and it becomes easy to see how powerful the relationship between technology and travel could become.

Nice idea, but will it work?

Since Henry Ford introduced affordable automobiles to the general public in 1920, the car’s dominance has been almost completely unchallenged in day-to-day transport. The car remains the original ‘ultimate gateway to freedom’. Although for some they can be expensive, underutilised assets, cars still have a big role to play in all our lives, especially after the US hit record levels for car sales last year and purchasing in the UK rebounded this year.

But Maas isn’t about replacing the car. It’s about offering an alternative that is just as good, if not better, in the long term. It’s about reclaiming the 90-minute commute and finding the right solution for each individual.

Even after working on MaaS for 10 years, Hietanen acknowledges that there is still a long way to go.

“We know that supply isn’t ready yet. It would be great if I had access to all kinds of cars within a two-minute reach, variation of transport, call-responsive buses and so on, but they don’t exist yet. So we need to find the pieces that exist and decide what we can make out of them,” he explains.

In Hietanen’s view, MaaS’s integration into the wider world is a puzzle. Luckily, with more new transport initiatives popping up all the time – taxi-hailing, ride-sharing, car-sharing, flexible public transport and more – MaaS has more pieces than ever to play with.

Hietanen is Finnish, so it’s no great surprise that MaaS would start to become a reality in his homeland. Finland has become one of the leading pioneer examples of how such a service could work.

“The ecosystem is right in Finland. Business, like transport providers, have had time to adjust to the idea. The government has MaaS in its five top priorities, so they are pushing it with legislation,” says Hietanen.

In fact, MaaS Global’s app Whim is now live in its test phase with the aim to launch in the Helsinki region in the near future. Now, it’s just a case of pinpointing the urban areas that are ready for MaaS.

“To succeed, we need transportation partners who are willing to participate. When we see this openness, we move in,” Hietanen explains. “There are at least three places that are very promising for us in the UK: London, West Midlands and Manchester.”

MaaS might be an unfamiliar concept now, but it could be coming to a city near you very soon. 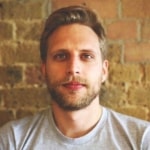 Joey is a travel writer for TravelSupermarket.com and a freelance journalist. Past clients have included World Tourism and Travel Council, Monarch, American Express and AIG.

Interested in publishing an article on BusinessMaaS? Get in touch with us here.

View original post. Which is the perfect way to cross the city here and …