We hear many bold claims coming from tech companies these days, boasting about how safe their autonomous cars will be and how much they will save us from those dreadful traffic jams. So many PR statements and so little common sense. It’s not that I do not trust autonomous cars, computer manufacturers or robots, those will work just fine. It’s us humans that will screw the whole thing up.

Have you ever thought about how the urban streets are going to look like in the age of autonomous cars? How will they fit pedestrians and cyclists? Well, there are several options of addressing this issue and most of which have inherent problems. The kind of problems that could kill people and the kind of problems that will simply turn the city into a terrible place. Robots and humans do not get along well. Robots are too predictable and autonomous cars are… essentially robots. 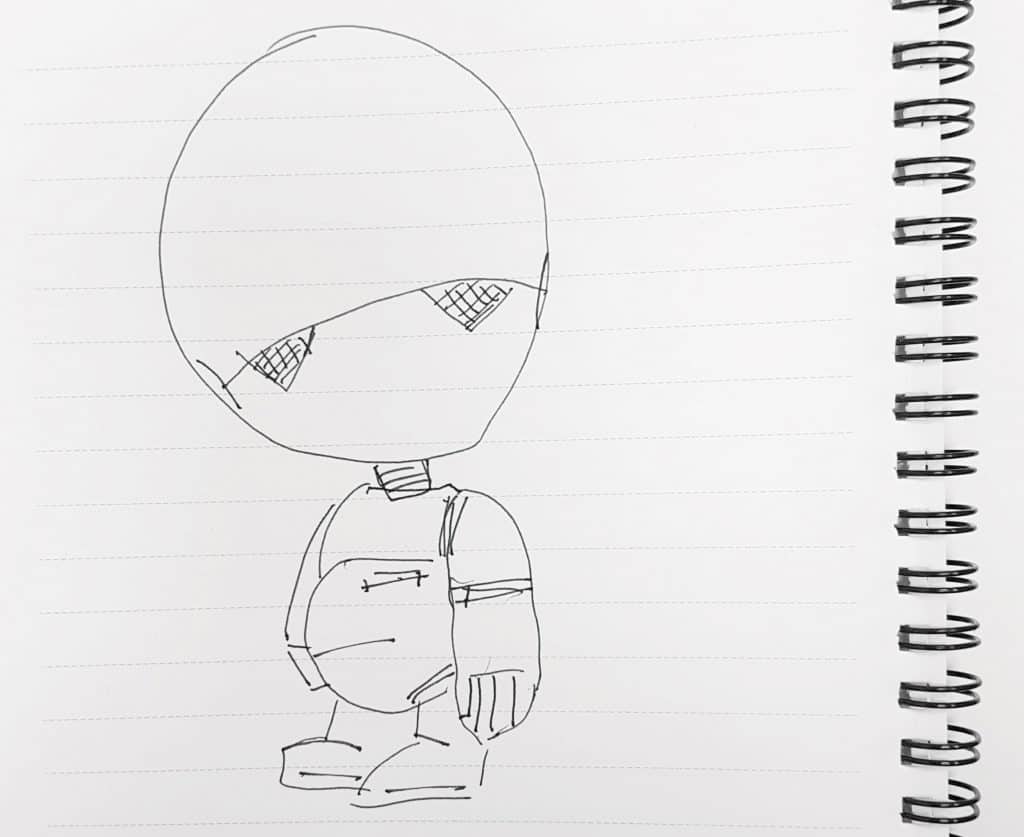 The leading model for autonomous car behavior, the one that manufacturers build today is based on the first of Asimov’s laws of robotics: “A robot may not injure a human being or, through inaction, allow a human being to come to harm”. That’s nice, but there’s a problem with those laws – it’s not written anywhere that we humans have to treat robots the same way.

Think about it, how do you cross the road today? You make sure the driver sees you and slows down the vehicle before you start crossing. If so, what will happen when you’ll know that the driver is a robot, that always notices you and always avoids hurting you? Well, obviously – you will cross the road almost without checking if there are any cars around. Who cares about the robot or it’s passengers? They’ll stop,and I’ll pass through.

Asimov’s model is simple and humane, but its outcome is clear: Pedestrians will take the right of way to cross, making it so the robots traveling in the city will not be able to go any faster than a bike. Causing one huge traffic jam.

Just a moment, you say, the autonomous car will mimic human behavior, it’s not that it will actually give the right of way to others. “Aggressive negotiations,” calls it Professor Amnon Shashua from Mobilai. Behavior that follows human behavior in that same environment. The problem is again, human behavior will change when those pedestrians will acknowledge that they are facing a robot. It can never work when the pedestrian is sure the car will stop. How long can he wait before jumping into the road? And to go all the way to the crosswalk for that?!? come on.

There is no choice. If we want robots to move in the city, we must allow them to run over people from time to time. As with HAL, the robot from “2001 Space Odyssey”, The aim is to reach the destination as fast as possible regardless of the means needed to do it. Pedestrians are redundant in the mission.

Well, you don’t have to be so dramatic, you’re probably thinking. We’ll just separate the routes of autonomous transportation from the rest of the users. Build fences or something.

So let’s look at that suggestion. First, once you establish the separation you also determined that autonomous cars can not collect and unload passengers at any point, it will have to be done only in predetermined spots. Second and much worse – you propose to divide the city with walls that can not be crossed.

Bridges! tunnels! Yeah, sure. Ask city planners what happens in such places, the city ceases to function.

Good cities are cities where pedestrians have a pleasant and safe feeling of a “street”. The C Clarke cars model will have a real impact on this feature and the city segmentation needed to make them run is even more damaging. I suppose there will be cities that will be tempted by such promises. As there were cities that agreed to let railway lines or highways to cross right through them. The result is always a destruction of the urban fabric and leads to poor neighborhoods in the city.

So we need to educate the pedestrians and give them reasonable solutions. On the one hand, the robots should be able to travel quickly and on the other hand, pedestrians should avoid jumping to the street because they just can’t wait. We’re running out of options, we need to create some kind of communication between robots and humans, a kind of electronic thumb that can stop cars, to hitchhike or to cross the road. If only we had a device connected to the network at all times … Click on the app and you get a countdown to the moment the cars stop and let you pass, a mobile street light that you hold in your pocket…

Ok, it might work, maybe, but it’s not just pedestrians crossing the road that are the problem. What about the scooters and bicycle riders on the road? Do you think they can fit in at all? After all, they do not obey any law even today when cars actually kill them. Will they ever give someone a right of way? To extremely prudent robots of all things?!?

So… there will be no autonomous cars in the city?

There would certainly be autonomous cars. They will simply not be the solution for traffic congestion and will not be good for the city. Autonomous cars will not resolve traffic jams, quite the opposite in fact. They will not transform the city to a more pleasant place, it will only worsen it. This is not only applicable to large cities. Even small and medium-sized cities will suffer when we’ll start using autonomous cars.

Cars (autonomous or not) will only be able to reduce traffic when they are shared. Only sharing can really lead to fewer cars on the road. Proper integration of public transport, shared vehicles, light vehicles (such as e-scooters) and walking can relieve traffic jams. All other cars, autonomous or not, privately held or as a service, will add to the traffic load.

When the ejection seat was invented, the expectation was that the percentage of fatal accidents in fighter jets will drop dramatically. It did not. The pilots learned to rely on the ejection seats and allowed themselves to fly some more with a major malfunction, to eject at lower altitude and at a much higher risk.

We are not robots. That’s how we’re built, you’ll come up with “good” technology and we’ll find a way to abuse it.

View original post. This blog outlines the opportunities of Mobility as a Service (MaaS) …