Why does a transport operator want to join a MaaS platform? What lessons can we draw from such thinking in order to develop MaaS platforms? This article provides answers to these questions by questioning coopetition issues via data sharing in these platforms.

Mobility-as-a-service (MaaS) has become the new Grail of the mobility sector. If the race for MaaS today mobilizes a wide variety of mobility actors (VTC companies, net giants, car manufacturers, public transport operators …), it is because it contains, in its meaning the most ambitious, an attractive promise for the user: a single application offering a multimodal mobility offering that integrates real-time traveler information, a route calculator, ticketing and payment. The benefits of a MaaS platform are nevertheless not so obvious for all transport operators. While the Finnish start-up Whimmet with some success and claims to extend to 15 cities by the end of 2018, the partnership between BlaBlaCar, Transdev, SNCF and RATP to create a common “data warehouse”, the first foundation of a future MaaS platform, broke out in February .

What does a transport operator want to join a MaaS platform? What lessons can we draw from such thinking in order to develop MaaS platforms? In the following lines we will bring some answers to these questions. 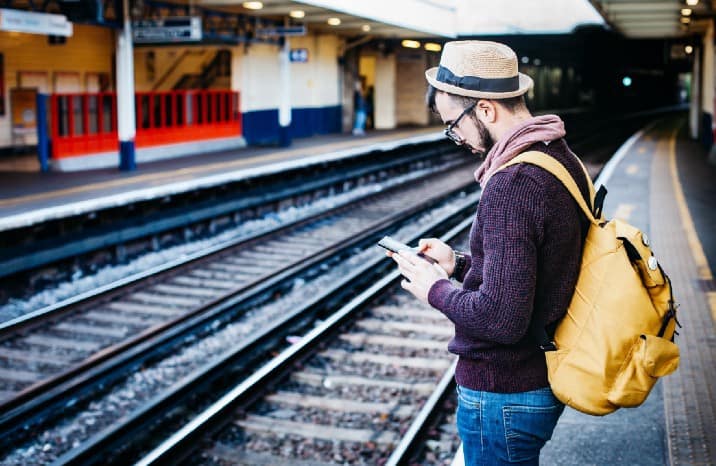 The coopetitive dilemma of transport operators

In order for a MaaS platform to work, transport operators must share certain data (passenger information, available places, geolocation of vehicles, etc.) with an “aggregator” that gathers them together and processes them in real time to offer end users routes multimodal while ensuring reservations and payments. This sharing of data is typically done through APIs , interfaces between the transport operators’ software and those of the aggregator, which allow the latter to retrieve the data necessary for the operation of the MaaS platform.

Once the question of the “commission” is returned to the aggregator on the routes sold within the platform, for the operator, the decision to join is to decide whether it has interest or not to “open the tap “APIs. This decision is difficult to make insofar as it entails at the same time possibilities of gains and losses for the transport operator:

The decision to share data to participate in a MaaS platform therefore poses a coopetition dilemma (simultaneous or intermittent competition and cooperation) for the transport operator, who must cooperate with competitors who can both bring and delight him / her. customers. Which of these two effects will prevail? 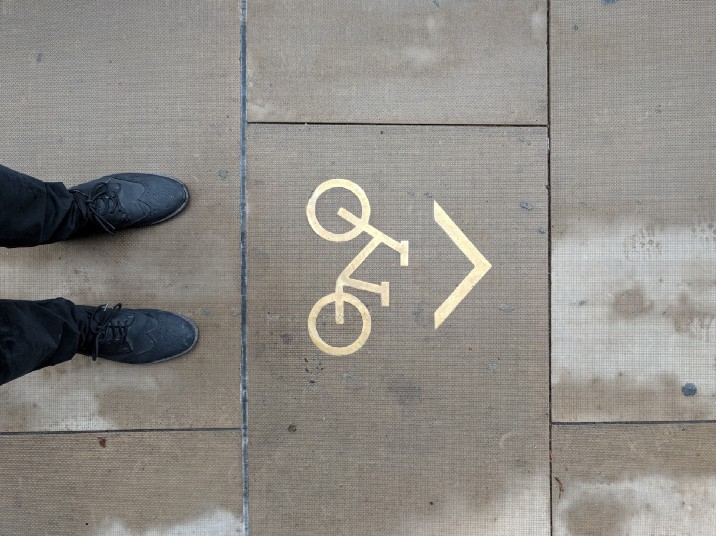 The nature of competition in MaaS

To be able to analyze which of these two effects will prevail, we must understand two competitive dynamics present in the MaaS: the five dimensions of competition in transport and the fact that MaaS platforms are multi-faceted platforms.

First, we must start from the observation that the transport operators are competing to ensure journeys . This implies that two transport operators can compete on certain routes and schedules but not on others. This competition covers five dimensions  :

In addition, MaaS platforms are multi-faceted platforms , a term that describes platforms whose business model consists of connecting several “faces” (end-users and transport operators) of a market (the mobility market) and where the interest in being on the platform of each of these two faces increases with the number of users / operators on the other side – this is called “indirect network effects”. Indeed, the more end users there are in a MaaS platform, the greater the interest in participating in it is great for a transport operator which will have access to more customers for the reasons mentioned above. Conversely, the more transport operators there are in a MaaS platform, the greater the interest of such a platform for end-users, who benefit from more choice in terms of means of transport, a broader offer intermodal routes, shorter travel times and, potentially, savings if favorable fixed fares are offered within the platform.

The importance of achieving a “critical MaaS”

The loss effect will depend on the overlap of transport operators’ offers in terms of itineraries, proposed timetables and journey times, ie the level of competition between operators on the routes they offer. The greater the overlap, the greater the probability of losing customers to other MaaS transport operators. Conversely, the more the itineraries proposed by the operators are complementary, the more the gain effect will be strong because the operators will share more customers via intermodal routes than they will lose on the same route.

Nevertheless, we can hope that, once a critical mass of operators integrated into a MaaS platform is reached, the gain effect will prevail and all the operators will have an interest in joining the platform. Three arguments lead us to such a conclusion:

This explains the fact that some MaaS platforms host transport operators who are inherently very little complimentary. For example, Whim includes three car rental companies and two taxi companies, while Uber and Lyft are both present in Go LA 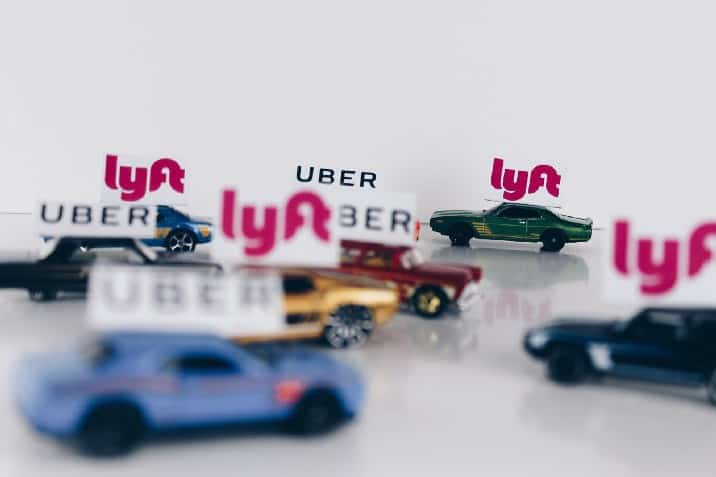 What lessons can be learned to foster the development of MaaS platforms?

A MaaS platform, it will be understood, becomes attractive for all the transport operators of a territory once a large part of them have joined it. However, the fears of some players to join a MaaS platform may shorten its development, as evidenced by the decision of BlaBlaCar to abandon the joint data warehouse project with Transdev, RATP and SNCF . While public transport operators are generally reluctant to integrate MaaS platforms, private operators may be more cautious. How to encourage private transport operators to make this leap into the void? Several tracks can be mentioned.

As far as public transport is concerned, French legislation encourages the development of MaaS platforms . The obligation to open data for local authorities and inter-municipal authorities of more than 50 agents and the State concerns, inter alia, the data of public transport operators. The implementation of this obligation therefore facilitates for all aggregators the inclusion of public transport, key parts of any transport network, in its MaaS offer. In the same vein, the data of private actors benefiting from a public service delegation are considered as “data of general interest” in the Law for a Digital Republic, which forces these actors to open their data in real time.

The question arises for private transport operators not benefiting from a public service delegation and which would nonetheless be essential for a MaaS platform to emerge. In this case, three strategies are outlined for the public actor: 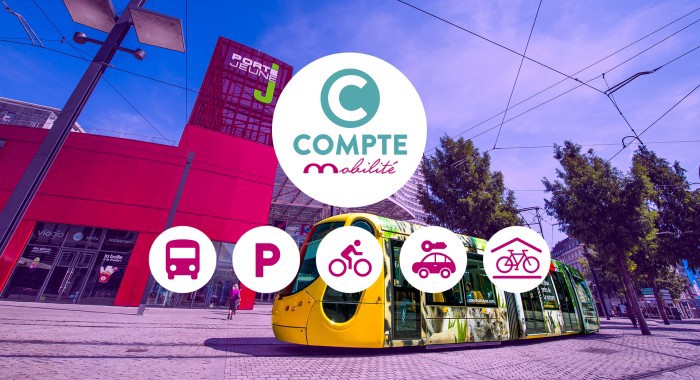 Experiments begin and business models begin to invent themselves. The conclusions we propose here are likely to vary depending on future innovations. To make the promise of MaaS a reality, the key point is to build business models that engage partners to share their data.

This article resumes in part the conclusions of the article “Determinants of coopetition through data sharing in MaaS” (Carballa Smichowski, B., 2018) to appear in the special issue “Big Data, value creation and new forms of competition” ( Benyayer, LD & Zerbib, R. coord.) Of the journal Management & Data Science .

It is part of the discussions conducted with the partners of the exploration Mobility as Networks conducted by the Lab OuiShare X Chronos.

Belot, L. (2017). From the smart city to the territory of intelligence (s) . Report submitted to the Prime Minister .

Guerinet, F. (2018), Mobility as a service: Uber and its competitors are turning to multimodality . TransportShaker .

View original post. Singapore has planned to set up a pilot city on an …