Ridesharing has been around since the 1970s but recently gained popularity with the help of smartphone apps.

Since the introduction of the automobile, rates of car ownership have only increased — until now. In Seattle, Detroit, Washington, D.C., New York, San Francisco, and several other cities around the U.S., young people are opting out of such typical means of transportation. Census data shows that between 2010 and 2015, car ownership among those under 35 declined by three percent. The culprit? Ridesharing.

It is obvious now that ridesharing is more than a transportation trend. As rideshare outfits expand around the globe, the demand for flashy personal vehicles disappears. However, the concept of sharing a ride isn’t new; public transportation existed long before cars, taxis are available in most urban areas, and carpooling has been advocated for decades. Why is it that ridesharing is shaking up the transportation industry, and why is it only happening now?

Ridesharing isn’t new. Beginning in the ‘70s with the oil crisis, several ridesharing programs grew organically in U.S. cities. Passengers would congregate at well-known pick-up spots, and drivers would stop by to collect them. The situation was mutually beneficial: passengers got rides into the city for work, and drivers gained access to the carpool lane, which reduced time stuck in traffic.

However, this form of ridesharing didn’t catch on. Both waiting in the cold by a busy roadway for the chance of finding a ride and navigating to an out-of-the-way location for a chance of slightly reducing one’s travel time are too much work for too little reward. Most organic ridesharing programs dissolved as passengers flocked to more reliable public transit and drivers simply stopped stopping.

Yet ridesharing resurged in popularity a few years ago thanks to the emergence of one simple tool: smartphones. They provide a connection between passengers and drivers, offering convenience, control, and comfort. Using dedicated ridesharing apps, passengers call drivers and pay them, giving both parties insurance that the trip won’t be in vain. Finally, just as the original ridesharers recognized, personal vehicles are more private, and they deliver passengers almost directly to their destinations.

Without smartphone apps, ridesharing is hardly any better than other forms of transportation. Thus, ridesharing could never have seen the same explosion of popularity without this advanced mobile tech. Because smartphones have only been widely accepted within the past decade, it is only now that the service could claim a dominant position in the transportation industry. 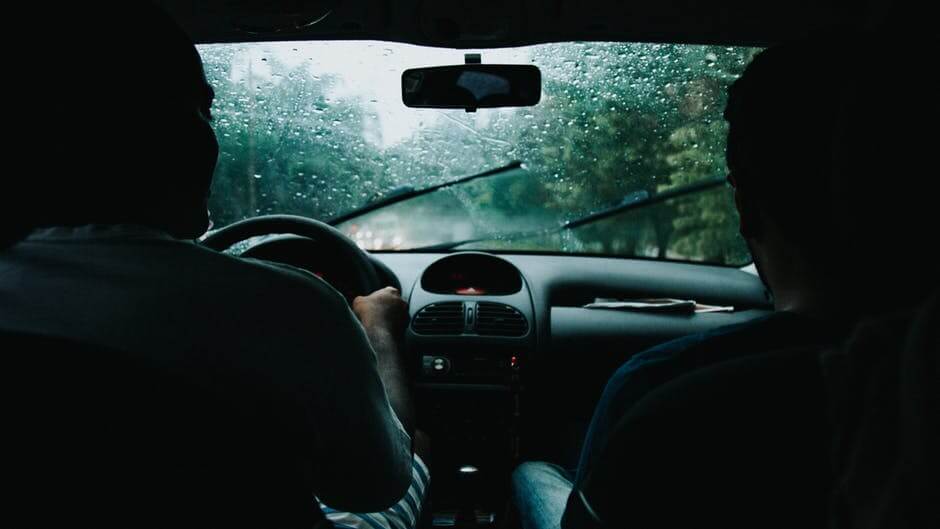 Autonomous ridesharing will become more prominent in the years to come, replacing traditional car ownership as the leading form of transportation. (Source)

Where will ridesharing go?

Technological innovation is not complete. Every year, smartphones add new functionality that revolutionizes how people behave. However, even greater progress is occurring within the automobile industry. Autonomous capabilities are no longer on the horizon; they are on the streets of most cities in the U.S. For years, semi-autonomous features have been available in consumer vehicles, and a few car manufacturers promise fully driverless options by the end of next year.

Yet it is unlikely that consumers will replace their current wheels with robot cars. Instead, it is probable that autonomous ridesharing will become prominent, even replacing traditional car ownership as the leading form of transportation. This isn’t some implausible sci-fi fantasy; many car manufacturers are so certain of its rise that they are hustling to establish their own outfits before driverless tech becomes widespread.

Until now, ridesharing has been allowed to proliferate nearly unchecked. However, as autonomous tech looms, many municipalities are preparing greater regulation on the ridesharing industry. In Austin, Uber and Lyft were forced to vacate after the city mandated enhanced background checks for drivers. Similar legislation could influence the growth of the service in other regions. There is little doubt that autonomous vehicles will shake up current rules of the road, but it is nearly impossible to foresee what regulation the future will bring.

How can investors benefit?

Ridesharing seems to be the way of the future, but its outlook remains relatively shrouded in mystery. Because it is so reliant on technology, the industry’s success is dependent on continued innovation. Yet that innovation is likely to incur regulation sometime soon, and that regulation could take myriad forms.

Ridesharing has enjoyed a meteoric rise, and there are few signs that predict an end to the climb. Investors who support ridesharing startups — especially in overlooked or niche markets — are likely to enjoy healthy returns.

DISCLAIMER: This article expresses my own ideas and opinions. Any information I have shared are from sources that I believe to be reliable and accurate. I did not receive any financial compensation in writing this post, nor do I own any shares in any company I’ve mentioned. I encourage any reader to do their own diligent research first before making any investment decisions.#

By Cher Zevala
Cher is a content coordinator at Seek Visibility who assists in contributing quality content to relevant and high-quality blogs. Content focus varies anywhere from Technology to Travel. Her focus areas are topics like Business Development, Business Solutions, IoT, Personal Branding and Smart Automation. In her free time, she also enjoys hiking, traveling and getting to know the world around her.  With hemany years of experience, Cher has found herself more passionate than ever to continue developing content and relationships across multiple platforms and audiences.