The link between property and transport has been perhaps the most durable in human history.

Since the ancients, few things have delivered higher land values with more certainty than advances in transport, from roads to canals, railways to highways.

It’s still “a no-brainer” in the 21st century, says Bridget Buxton. She bought a fixer-upper with her husband in a scruffy part of east London in 2016 because it’s a short walk to the high-speed crosstown rail line due to open this year. Prices are up 90 percent in the past five years for homes like hers, far outpacing the whole city. 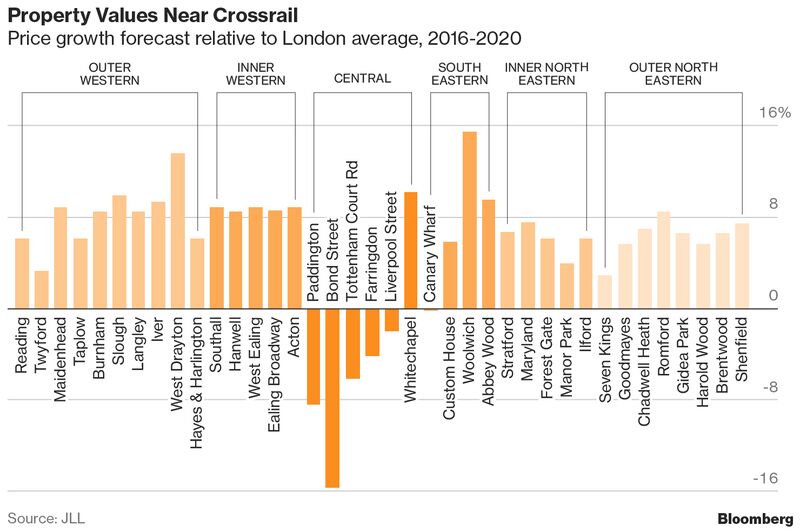 But now, the dawn of the driverless car—promising a utopia of stress-free commutes, urban playgrounds and the end of parking hassles—threatens to complicate the calculus for anyone buying property.

“Real estate might be the industry that is most transformed by autonomous vehicles,” said David Silver, who teaches self-driving engineering at Udacity Inc., an online university that has enrolled more than 10,000 students who want in on the transport of the future. “It could change real estate from a business that is all about location, location, location.”

It may take a while: The earliest examples of driverless services—buses, taxis and delivery vans—have already arrived, but widespread consumer adoption might not be here for a decade. And almost half a century passed from Henry Ford’s 1908 Model T, the first car for the masses, before suburbs designed for drivers took hold. And that’s why investors like Ric Clark, chairman of Brookfield Property Partners LP, the world’s largest real estate investment company, admit they’re involved in little more than guesswork.

They’re just starting to think about what to do with all the space that could be freed up in a world where cars no longer sit idle for an estimated 95 percent of the time, whether unloved areas without mass transit might soon become more attractive, whether out-of-the-way greenfield sites will become valuable locations for warehouses.

Among Brookfield’s $152 billion in real-estate assets are about 175 malls in the U.S. where “the biggest physical acreage is surface parking lots or structured parking,” Clark said. “For years we have seen this stuff and thought we would love to build apartments or maybe if there is a higher and better use we could build on it.”

As fracking upended the oil industry by giving new life to old fields, so the driverless future offers to free up whole new neighborhoods.

Then again, the disruption offers blessed relief to the working world’s most harried people—commuters—foretelling a new era of sprawl by encouraging development of outlying areas. 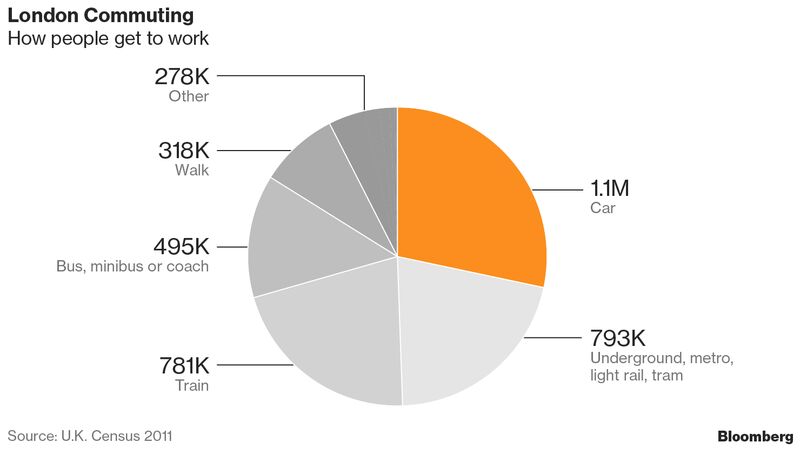 David Williams, technical director at insurer Axa SA, travels more than three hours a day between the northern suburb of Bury St. Edmunds and his work in London. He looks forward to a time when his trip no longer consists of a drive through traffic to the station and a train that’s often delayed.

“Imagine if my entire journey was much more flexible, much more integrated—no waiting round on cold platforms and I could be doing something else from A to B?,” says the 56-year-old father of two. “Would that mean the city effect of increasing house prices spreads further out?”

Google parent Alphabet Inc. has imagined such a world in an autonomous-only future.

Sidewalks Labs, Alphabet’s urban-development unit, is designing a district in Toronto’s eastern waterfront that could be among the first fully driverless neighborhoods.

“The fundamental design and experience of the urban street can be transformed,” said Rohit Aggarwala, the outfit’s chief policy officer. “All of a sudden your streets become very safe, you don’t need physical barriers to protect pedestrians, you don’t necessarily need a curb the way we understand it today. Think of the wonderful places in some of the historic cities in Europe and elsewhere around the world where really the pedestrian is king.”

Some changes are likely to come much faster. 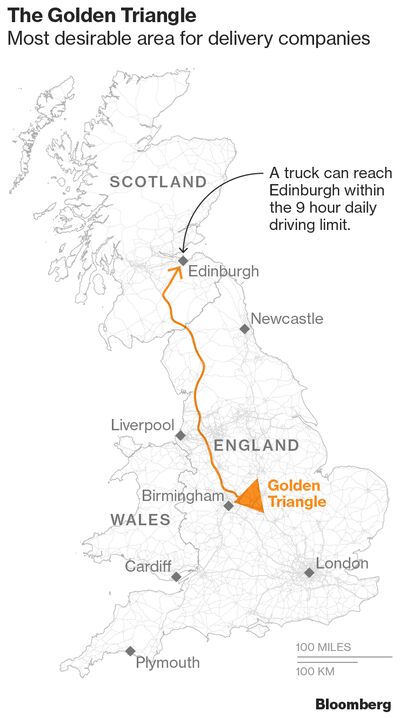 In the U.K., areas that have been most popular for delivery companies, like the so-called golden triangle in center of the country, may take a hit since there will no longer be limits on drivers’ shifts. Companies such as Amazon.com have to set up in the area, which is uniquely within a single shift drive from most everywhere in Britain, pushing up rents for warehouses in the region.

“In future you could build logistics in areas that are much cheaper,” says Page, whose unit has about 25 billion pounds ($35 billion) in real-estate assets. “In the U.S., an entire network of truck stops, motels and gas stations could fall in value if vehicles no longer need drivers.”

For some investors the uncertainty about when driverless technology will hit and exactly what it will mean represent a potential threat; for those that feast on financial distress, it is an exciting prospect.

“Things like driverless cars have huge impacts in the long term that we don’t pretend to have a view on but we need to be around it,” Tim Mooney, global head of real estate at Varde Partners LP, an alternative money manager with about $13 billion of assets, said in an interview. “You see it in the retail space—there’s death and destruction in the U.S. on something that’s been known forever but is finally coming home to roost.”

Working as a Director for Deloitte’s Public Sector Technology division, Warwick is a leading …