Self driving cars have become a hot topic in the industry in the past few years, here in this article, Daniel Wesley tells us just how self-driving cars work, and the great technology behind them. 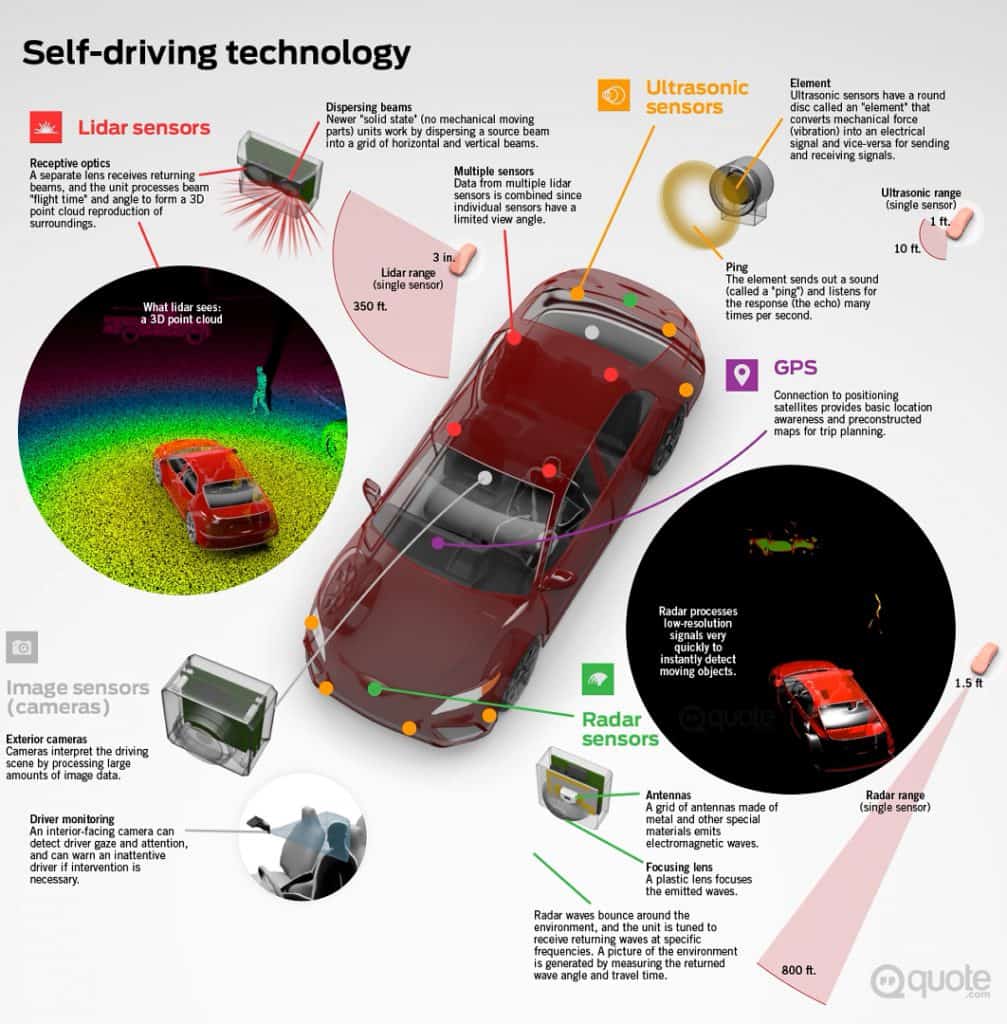 Ping – The element sends out a sound (called a “ping”) and listens for the response (the echo) many times per second.

Driver monitoring – An interior-facing camera can detect driver gaze and attention, and can warn an inattentive driver if intervention is necessary

Antennas – A grid of antennas made of metal and other special materials emits electromagnetic waves.

Radar waves bounce around the environment, and the unit is tuned to receive returning waves at specific frequencies. A picture of the environment is generated by measuring the returned wave angle and travel time. 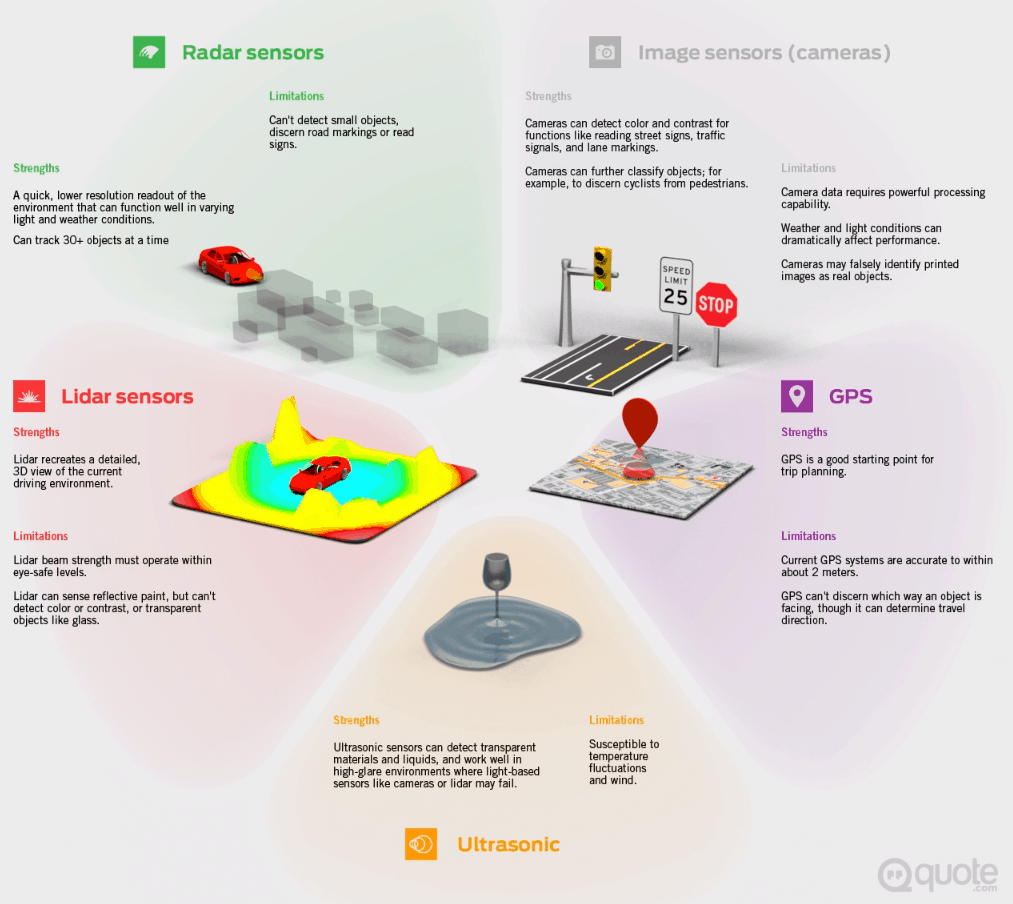 Strengths – A quick, lower resolution readout of the environment that can function well in varying light and weather conditions. Can track 30+ objects at a time.

Strengths – cameras can detect colour and contrast for functions like reading street signs, traffic signals and lane markings. Cameras can further classify objects; for example, to discern cyclists from pedestrians.

Strengths – GPS is a good starting point for trip planning.

Limitations – Current GPS systems are accurate to within about 2 metres. GPS can’t discern which way an object is facing, though it can determine travel direction.

Strengths – Ultrasonic sensors can detect transparent materials and liquids, and work well in high-glare environments where light-based sensors like cameras or lidar may fail.

Radar works well in both light and dark conditions and can see through bad weather like fog, rain, and snow.

Lidar is fully functional in darkness but may be highly affected by weather particles like moisture in fog or raindrops.

Cameras are many times more perceptive than humans but still susceptible to varying weather and light conditions.

Ultrasonic sensors are susceptible to temperature fluctuations and wind. 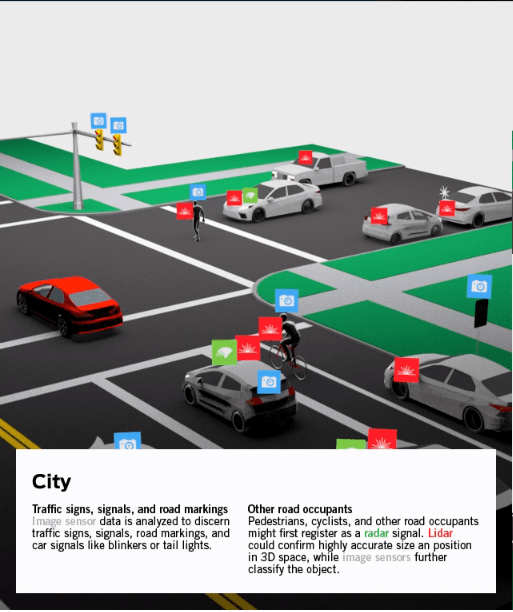 Pedestrians, cyclists, and other road occupants might first register as a radar signal. Lidar could confirm highly accurate size an position in 3D space, while image sensors further classify the object. 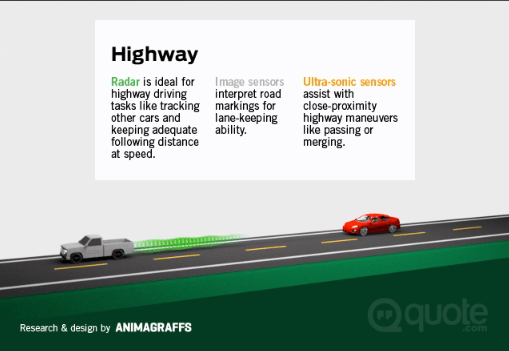 Radar is ideal for highway driving tasks like tracking other cars and keeping adequate following distance at speed.

Dan Wesley is a columnist at Forbes and Entrepreneur.com, as well as the founder of Quote.com – a content-rich, free resource that educates consumers on making smarter decisions about their finances.