Home News How important is 5G for the evolution of the connected car?

The connected car is arguably the most developed among IoT deployments, as many cars are already connected

Today, most new cars are available with some level of connectivity – whether it’s intelligent onboard telematics, in-vehicle personal calling, Infotainment, or via a tethered connection. However, there is often confusion around the difference between a connected car and an autonomous car. While a connected car can deliver many of the novelty uses that are important to us today, it’s autonomous cars that will drive the true evolution of the automotive industry.

A fully autonomous vehicle has the potential to transform the car ownership model by opening up new ways for transport systems to operate and encouraging innovation in the ride share market. If a vehicle doesn’t require a driver, then why couldn’t we split the cost of a car with friends or family members and only use the vehicle when it’s needed? The car could therefore be booked at certain times by each owner and make its way to the next journey on its own. This also opens up revenue opportunities, as owners could rent their vehicle when it would usually be idle. This is something that would be of use in densely populated cities such as London, where most car owners can afford to use only on weekends.   In addition, millennials are helping redefine car ownership.  They see owning a car as a hassle and incline towards using operators like Uber and Lyft

Automotive OEMs are reinventing themselves to handle this disruption and have been exploring alternate business/revenue models, and not just remain a manufacturer of cars.  They have been more open than ever before to collaborate among themselves, and with technology companies and cities.

Evolving transportation and the automotive industry in this way opens opportunities for developers to create new “apps” that enable consumers to interact with connected cars. For example, we’re likely to see a number of companies launch ride-hailing services, with autonomous players such as Waymo, GM and Uber already announcing details of their commercialisation plans. In addition to this, we’re likely to see a group of apps that provide a secure, personalized, contextual and intuitive interface for owners and consumers of autonomous cars to interact with their vehicles.

At DMI we believe that the connected/autonomous car will fast become a medium for brands to engage with their customers and build loyalty. Just like our mobile devices, the car will become an extension of our everyday lives. Almost a decade ago, Microsoft coined the word “fourth screen” for the Infotainment Head Unit (IHU).  With Autonomous, in the absence of a driver, imagine the possibility of more real-estate for in-vehicle screens/display to engage with passengers.   With innovations around AI/ML, digital-assistants, context-aware computing and Neuro-linguistic Programming (NLP), the question is who will win the race to take over the car, manufacturers or the likes of Amazon, Microsoft and Google? Only time will tell.

How important is connectivity?

The autonomous car is expected to be a self-sufficient machine capable of making decisions for autonomous driving.  But we expect off-board processing and content delivery play a significant role as well.   5G will play a crucial role in providing the required connectivity and be a key enabler of V2X communications.  In addition it will play a key role in meeting the demand for data rich services such as live video streaming and aid in processing the large amounts of data autonomous cars will generate.

‘Not-spots’ in 5G coverage could limit the use of autonomous cars to densely populated urban areas, as it would halt inter-city travel, creating a huge missed market for OEMs. However, telecoms operators can take advantage of new revenue opportunities by providing 5G connectivity in rural areas, helping to extend highway coverage.

The importance of a reliable 5G network is recognised by the entire connected car ecosystem and requires collaboration between governments, manufacturers, telecoms operators and developers, amongst others. These collaborations will culminate in more convenient information processing, such as determining how best to deliver data for traffic management and integration with smart roads to reduce traffic.

The timeline to the connected highway

The availability of a connected highway will vary greatly from country to country, as no two countries have the same approach to 5G development and investment. The UK government released a report in December 2017, titled The Strategic Road Network Initial Report, which details the importance of 5G in making driverless and connected cars’ a success on a nationwide level. The report indicates that the UK will see the first examples of a connected highway scheduled within the next three years.

In addition to this, Philip Hammond announced in the Autumn budget that self-driving cars, without a human behind the wheel, will be allowed to run freely on UK roads from 2021. However, this will initially be contained to test locations such as Greenwich and the Olympic Park at Stratford, supporting the theory that even with large amounts of investment in connected car innovation, without widespread availability of a high bandwidth network it will be at least 10 years before we will see the full potential of autonomous vehicles.

The US and Singapore are leading the pack with Uber running a self-driving taxi service in Pittsburgh, Pennsylvania, and Google’s self-driving firm Waymo announcing that it will now offer a fully autonomous taxi service in a suburb of Phoenix, Arizona without a driver behind the wheel. Commercial deployments such as this will lead the way for domestic use of autonomous vehicles.

Although most developed countries understand the value of autonomous vehicles, these initial steps are only the beginning of a long journey. With the first 5G deployments planned for 2020, we’re not likely to see large expanses of highway being fully connected with 5G until sometime after that. 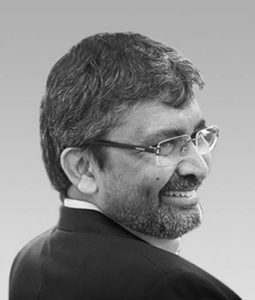 Raj Paul is the Vice President of IoT and Connected Services at DMI. Raj provides the strategic leadership for the advancement of our emerging technology solution offerings and technical competencies. He is responsible for the planning and development of DMI’s intellectual property related to IoT. DMI has developed solutions for major automotive manufacturers such as Volkswagen, Audi, BMW. Toyota and other large OEM’s. To find out more visit: www.dminc.com

View original post. Mobility-as-a-Service (MaaS) has been defined as: A combination of public and …